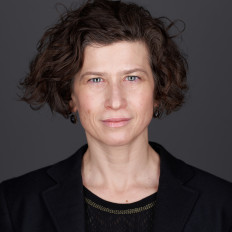 Mantha Zarmakoupi is the Morris Russell and Josephine Chidsey Williams Assistant Professor in Roman Architecture and Urbanism in the Department of History of Art at the University of Pennsylvania. Her work addresses the broader social, economic and cultural conditions underpinning the production of ancient art, architecture and urbanism. She has published widely on Roman luxury villas, including the monograph Designing for Luxury on the Bay of Naples (c. 100 BCE – 79 CE): Villas and Landscapes (Oxford 2014) and the edited volume The Villa of the Papyri at Herculaneum: Archaeology, Reception, and Digital Reconstruction (De Gruyter 2010). She is now preparing a second monograph, also generated by her research on luxury villa architecture, on The idea of landscape in Roman luxury villas. Her current research extends the field of ancient urbanism in new directions. She works on a project on the urban growth of late Hellenistic and Roman Delos, addressing the relationship between economic and social change, urban growth and physical infrastructure, in the context of which she co-directs an underwater fieldwork survey around Delos and Rheneia (2014-).

Professor Zarmakoupi co-leads with Simon Richards the Delos Network to investigate the Ancient Greek Cities project and publications of C. A. Doxiadis and his collaborators in the context of 1960s and 1970s discussions about the future of urban planning. The network brings together scholars, architects and planners, who are currently looking into this period of intellectual history, with a view not only to better understand its significance but also to address how the Delos debates compare with and feed into contemporary concerns about demographic pressures and environmental sustainability and their relation to historical precedents by architects, planners and others. Finally, she collaborates with colleagues from the Universities of Kiel, Athens, Paris, Aarhus and Bergen in an Erasmus+ Strategic Partnership project (2017-20) that aims to create a digital learning environment and MOOC on Ancient Cities.