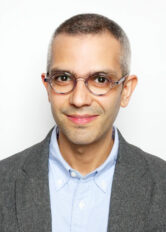 Jorge Téllez is an Assitant Professor of Romance Languages. His scholarly work centers on colonialism in Latin America, past and present, with a focus on Mexican literatures and cultures. His book Precarious Narratives: The Picaresque and The Writing Life in Mexico (forthcoming in Notre Dame University Press in 2021) studies the emergence and development of the Mexican literary field through the picaresque lens from 1690 to 2013. The book contends that Mexican writers invoke this literary form to ponder on what they regard as the perils of intellectual labor in Mexico, thus turning the picaresque into a reflection on the place that literature and writers have borne within Mexican society throughout history.

He is currently working on a new book titled Colonial Collections: Value, Objects, and Narratives of the Past in 21st Century Mexico that encompasses literary and cultural studies, material culture, museum studies, and anthropology. This project delves into the relationship between art and politics by analyzing contemporary cultural productions and institutions that engage the colonial past as a source for literary, artistic, and historical value. It includes case studies from urban and architectural sites; literary, cinematic, and artistic works; cultural initiatives from non-profit organizations, and financial institutions that focus on studying and conserving Mexico’s colonial past. It also examines a large corpus of political, anthropological, and cultural studies that trace critical contemporary issues such as race and class interactions in Mexican society back to the colonial period.