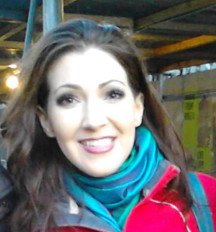 Jennifer Ponce de León is an interdisciplinary scholar whose research focuses on cultural production and antisystemic movements in the Americas since the 1960s. She works across studies of contemporary visual arts, literature, and performance; transnational Latina/o/x and Latin American studies; aesthetics; and social theory, including anticolonial and decolonial thought. She is an Assistant Professor in the Department of English, faculty in Latin American and Latino Studies, affiliated faculty in Gender Sexuality and Women’s Studies and Cinema Studies, and part of the Graduate Group in Comparative Literature. She is also a 2018-2019 Ford Postdoctoral Fellow and Associate Director of the Critical Theory Workshop/Atelier de Théorie Critique, which takes place every summer at the Sorbonne and the École des Hautes Études en Sciences Sociales in Paris. Her forthcoming book, Another Aesthetics is Possible: Radical Politics across the Arts of the Americas, theorizes aesthetics as an integral force in contemporary social struggles. It examines the experimental and paradisciplinary art practices of Argentine, Mexican, Chilean, and Chicana/o artists and writers and the ways in which these have been articulated with social movements, including Zapatismo, anti-displacement struggles in Los Angeles, the 2001 uprising in Argentina, and radical grassroots human rights activism.