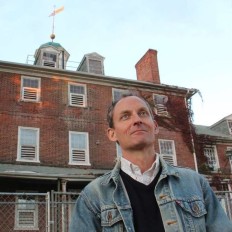 Associate Professor, History and Sociology of Science School of Arts and Sciences, University of Pennsylvania

David Barnes teaches the history of medicine and public health at the University of Pennsylvania, where he is Associate Professor of History and Sociology of Science.  He received his Ph.D. in History from the University of California, Berkeley in 1992. His first book, The Making of a Social Disease: Tuberculosis in Nineteenth-Century France (University of California Press, 1995), explores the social transformations and anxieties which colored and constrained responses to the industrializing world’s leading killer. His second book, The Great Stink of Paris and the Nineteenth-Century Struggle against Filth and Germs (Johns Hopkins University Press, 2006), investigates how scientific developments, political imperatives, and shifting cultural values combined to reshape perceptions of health, disease, and bodily substances during the Bacteriological Revolution.

Barnes is currently writing a history of the Lazaretto quarantine station (1799-1895) on the Delaware River outside Philadelphia—the oldest surviving quarantine station in the Western Hemisphere and the seventh oldest in the world.  He is actively involved in the effort to preserve and restore the Lazaretto historic site.  In recent years, he has also taught and written about strategies for presenting history to the public, and about the ways in which historical perspectives can change the way we confront health and illness today.