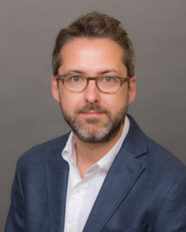 Assistant Professor of History School of Arts and Sciences, University of Pennsylvania

Brent Cebul is Assistant Professor of History. His work focuses on 20th century United States history with interests in political history and state building, urban history, political economy and capitalism, race and inequality, federalism, and business-state interaction. In addition to co-editing a volume of essays that recenters the growth of big government in 20th century political history, a number of recent publications explore the politics of market creation and poverty. Cebul also has an ongoing interest in the digital humanities and was a lead project investigator for Renewing Inequality, which, as part of American Panorama, was awarded the 2019 Roy Rosenzweig Prize for Innovation in Digital History from the American Historical Association.

His current book project is Illusions of Progress: Business, Poverty, and Liberalism in the American Century (Penn Press, forthcoming, May 2023). Illusions of Progress illuminates the evolution of 20th century federal economic development and antipoverty programs to better understand the long history of public private partnerships and the persistence of racialized poverty in the United States.