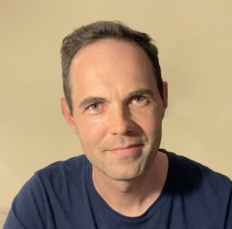 Humanities+Urbanism+Design Junior Fellow for 2021-2022, Department of History School of Arts and Sciences, University of Pennsylvania

Alec Stewart, who earned his PhD in Architecture from the University of California, Berkeley, is an urban historian and geographer whose work focuses on the relationships between placemaking and claiming, consumer culture, and urban citizenship in the commercial built environment. His book project examines how indoor swap meets came to anchor multiethnic communities in late-twentieth century Southern California. It contends that these marketplaces served not only as sites of material exchange but also as vital arenas where Asian, Latinx, and Black entrepreneurs and shoppers negotiated differences and forged solidarities across ethnic and class lines. Alec serves on the Vernacular Architecture Forum board, and last year he was a Mellon Fellow in Urban Landscape Studies at Dumbarton Oaks. He is committed to promoting equity and inclusion in the academy, having mentored first generation college students over several years as a Berkeley Connect Fellow. Before pursuing his doctoral studies, he worked as a city planner in Oakland, California and earned his master’s and bachelor’s degrees in Geography from George Washington University and the University of California, Berkeley, respectively. He is appointed in the Department of History (School of Arts and Sciences).